As of September 2020, 1.041 children under the age of 18 were in charge to the social services as juvenile offenders compared to the 843 of February of the same year. The figure is growing also due to the economic crisis caused by the Covid-19 that pushes a growing number of young people to join the city clans to ensure a monthly income to support their families. However, as of November 2020, only 37 out of 1.041 were placed in the juvenile prisons. This means that the majority of juvenile offenders are on probation or in educational communities and prison represents a last and residual measure.

In Bari, the project is working with two different groups. The first group is comprised of boys who have committed (more or less consciously) a crime when they were underage and who are currently attending a municipal day center which welcomes minors and young adults up to 25 years who are either going through a criminal procedure or are at risk of committing offences, while the second group is comprised of girls which are in contact with the justice system since they were very young because of neglect, maltreatment or abuse experienced within their family environment.

These two groups have different perspectives on “Justice” and different personal histories although they all agreed in saying that Juvenile Justice has at times assumed the connotations of Juvenile “Injustice”. Most of the participants stated that their experience with justice was disorienting and frightening. They even didn’t feel protected by the social assistants who failed in accompanying their case throughout the entire proceeding as provided by the law. Both the groups said: “we don’t exist-we are invisible to the eyes of whom should support us… the decisions about our future are more linked to the system itself than to our needs and desires”.

They also denounced the presence of strangers during their hearings, in violation of their privacy. Some were held in the police station for interrogation without their parents having been informed in advance. Another critical point is that the time spent on judicial proceedings is too long and they really expect that this can be reduced.

In the initial phase of the workshops was not easy to bring out their experience, in many cases so traumatic. Therefore, it was necessary to approach them with delicacy, suspending all kind of personal judgments.

They have a lot of expectations from the project. They are aware that they are privileged witnesses: they feel that their personal history and direct experience can contribute to improving the relationship of children in the justice system with the legal practitioners, social services and the law enforcement. 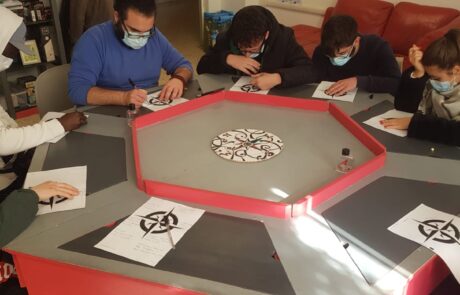 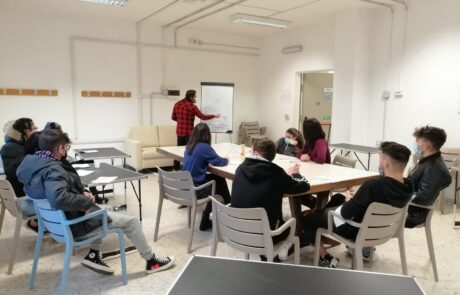 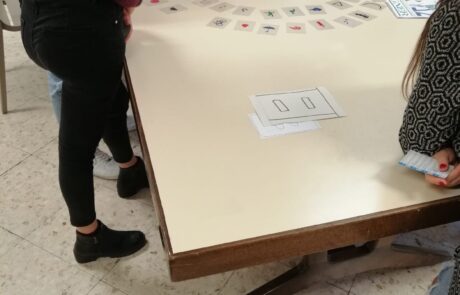